This is an existing custom made product.

2018, Secondment at NS. I am here on behalf of my employer Luminis. They needed specific senior engineering skills on a development team at NS, so that’s when I joined the team.

The development team is responsible for a couple of products, and in this case: the ‘Unit’ app.

The majority of the work was focused on releasing a more reliable mobile app. Too much coding debt had accumulated in the Xamarin Forms app, so they issued a rebuild of most the mobile app.

I did a majority of the hard-to-solve-without-introducing-debt issues like cross-cutting-concerns (including: security, app state). And I made sure the overall quality improved over time (including: UI testing, back-end connectivity stability, async patterns).

The difficulty constraint in this project was to keep the backend untouched. That area was out of scope, but its structure had a major impact on the architecture of the app backend interface.
On top of that, there was no knowledge anymore of the inner workings of this backend and the automated testing was broken. I couldn’t let this happen because this was in-production code and one-way or another the team is responsible for its availability. So I made sure there was enough knowledge in the team, and I made sure the automated testing was up-and-running again to at least maintain the current working state. 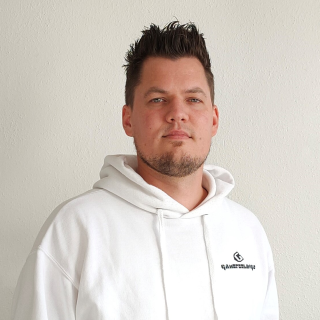